What is the difference between a data centre and cloud computing?

No matter how big a company or what industry they work in; you would struggle to find a business that didn’t use some form of data centre or cloud computing services. Organisations with a heavier reliance on IT are probably using both and may have had to choose between the two when designing their systems. So, what are they and what’s the difference between them?

A data centre provides the physical space, power, cooling, resilience and security that an organisation may use to host computer and telecommunication systems including servers, storage and networking equipment. Cloud computing is the use of someone else’s computer resources or services such as Private Cloud or Microsoft Office 365.

The cloud isn’t really a cloud

Believe it or not, the “cloud” isn’t really a cloud. It’s not a magical land of endless bits and bytes floating in outer space. Most (if not all) cloud services are powered by data centres. The data centre is the physical location which houses the fairly ordinary servers, storage and networking equipment required to build and run a cloud service. Some, like Google and Facebook, are built inside huge purpose-built private (and often secretive) facilities spread out across the globe while others share space inside dedicated data centres (known as co-location).

What is a data centre?

So, what makes the data centre so important and what are they really? Firstly, they can vary in size, form and function and the computer room in a small business’s office is just as much a data centre as the ones Google and Facebook build. However, if we focus on the purpose-built facilities which run most of the world’s cloud services there are a few key things which make them important: 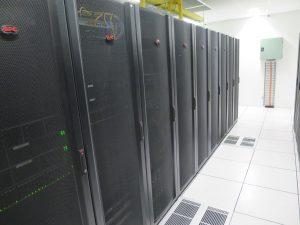 Rack of servers inside a data centre housing computer equipment. 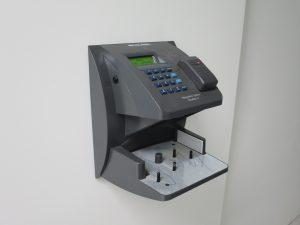 What is cloud computing?

Clouding computing is simply using someone else’s computers and resources to store data or create and access services. As we discussed above, almost all of these computers and the systems which support them are hosted inside data centres.

There are many different types of cloud computing services with varying purposes but the three most common are:

Caznet has over 15 years of experience in both Private Cloud and Co-Location services across our Adelaide based data centre facilities and offer free consultations to organisations looking at the structure of their IT systems.

How to protect your VoIP system against toll fraud
January 2021

How much can a VoIP phone system save your business?
September 2020